On 9 April 2021, La Soufrière volcano erupted explosively for the first time in over 40 years, sending an ash plume 10km into the sky. Subsequent multiple eruptions have been reported. The eruption resulted in heavy ashfall in the surrounding areas, causing people to flee to different parts of St. Vincent and to the neighbouring island of St. Lucia. 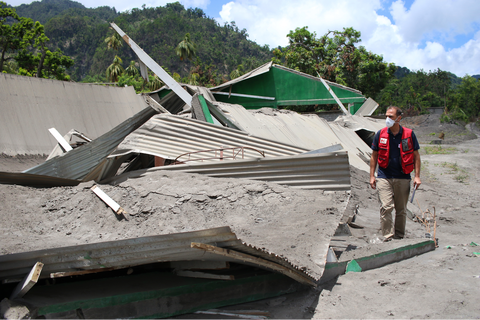