Tropical Cyclone Eloise hit Mozambique on 23 January 2021, 20km south of the Beira City in Sofala Province. It brought winds of 140km/h and wind gusts of over 160km/h as well as extreme and widespread rainfall in Beira and many districts in Sofala, South of Manica, North of Inhambane and Eastern Gaza. At least 11 people died and many were injured. The cyclone caused severe flooding in the same areas that were just recovering from two similar cyclones in 2019 – Idai and Kenneth – and by tropical storm cyclone Chalane on 30 December 2020. 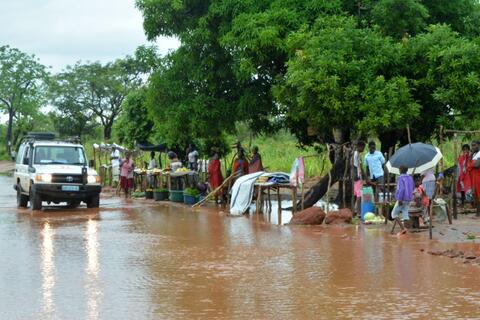