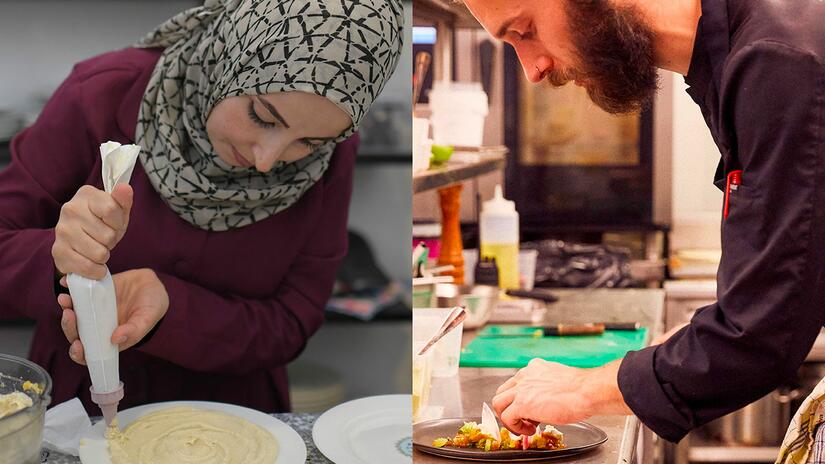 Ankara/Berlin/Geneva, 8 December 2020 – A digital campaign that connects inspiring and talented refugees in Turkey with influencers across Europe has been launched today by the International Federation of Red Cross Red Crescent Societies (IFRC). The campaign highlights the passions and dreams of four young refugees – a singer, a cook, a footballer and a parkour runner – who regain control of their lives through the largest humanitarian programme of the European Union (EU).

Turkey is currently home to almost four million displaced people - the largest refugee population in the world. About 3.6 million of them are Syrians who fled the war that has devastated their country.

The four refugees participating in the campaign are supported by the Emergency Social Safety Net (ESSN), which is funded by the EU and implemented by the IFRC and the Turkish Red Crescent, in partnership with the Government of Turkey. It provides financial support to vulnerable refugees in Turkey who are struggling to make ends meet.

Through the ESSN, around 1.8 million vulnerable refugees – mostly from Syria - receive small monthly payments via a debit card. The regular cash assistance allows them to pay for what they need most, such as food, rent, transport, and medicines. An additional quarterly allowance is provided, depending on family size, with special payments to those who require further care. This financial support gives families the dignity of choice and prevents them from adopting negative coping mechanisms, such as pulling children out of school to bring money in for the family or falling deeper into debt. Thanks to the ESSN, families regain control of their lives and ultimately the power to be themselves.

The digital campaign, #powertobe, launched in five countries – Austria, France, Romania, Spain, and Turkey –aims to raise awareness about the challenges faced by people fleeing conflict, by portraying them as individuals with passions and talents.

In the campaign, Davud, Amal, Bilal and Hamad talk about their passions, dreams and challenges as they rebuild a new normalcy in Turkey. "I didn't bring anything with me from Syria. We only came with our souls. Cooking helps me forget the outside world. The money which I get from the card helps me, so that nothing is missing for my children", says Amal.

The campaign sees the four young refugees meet with the influencers digitally and discuss their common passions in video messages, online calls and eye-level cell phone clips. The campaign will run from 8 December 2020 to 4 January 2021.

For more information about the ESSN digital campaign, visit powertobe.ifrc.org