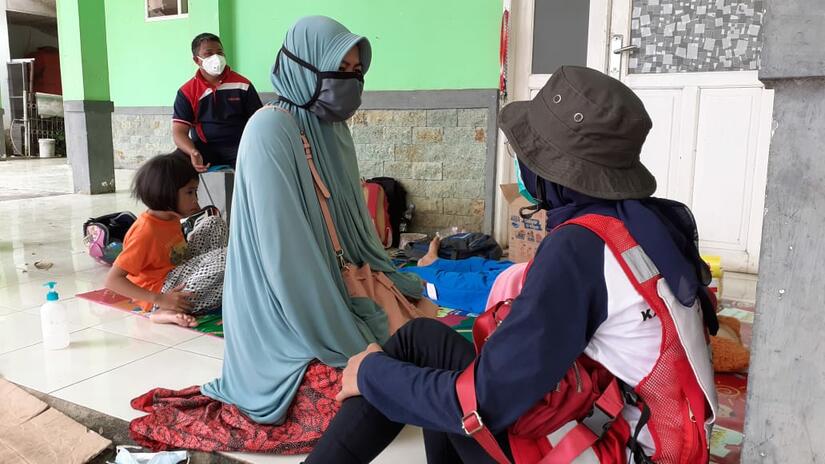 Critical relief has been arriving in affected areas, including tarpaulins and other shelter supplies, along with food and safe water as thousands of people remain displaced, fearful of more dangerous quakes.

Since a devastating earthquake struck last Friday (15 January), Red Cross search and rescue teams have been working around the clock alongside government emergency agencies to locate and help trapped survivors escape, with many buried deep in the rubble.

“We have another seven ambulances and first-aid and medical teams treating people who have been injured in this terrible earthquake, boosting the local hospitals and Red Cross crews that were already stretched to the limit responding to the worsening COVID-19 pandemic.

“Our specialist teams and volunteers have been buoyed by the rescues of people stuck in the rubble, but their work is also heartbreaking as they have been recovering bodies non-stop over the past three days.”

More than 19,000 people remain displaced as a result of the earthquake and aftershocks. The Indonesian Red Cross is providing tarpaulins and other sleeping equipment, including kits for families and babes. Red Cross teams on 10 water-tanker trucks are providing safe water to people who have fled their damaged homes.

"Each minute has been critical in the race against time to rescue people trapped deep underneath collapsed buildings. The remarkable work rescuing people and treating hundreds of wounded people is taking place amid dozens of smaller earthquakes and scary aftershocks.

“The physical impact of this earthquake is terrifying, but we must not underestimate the debilitating psychological effect this disaster is having on tens of thousands of people who fled their homes as they are living with the constant threat of another big quake.”

The IFRC has released 460,000 Swiss Francs from its Disaster Relief Emergency Fund to provide emergency assistance to 20,000 people who have been directly impacted by the earthquake. The support provided by the Indonesian Red Cross will include efforts to meet immediate shelter, health care, and water and sanitation needs, as well as actions designed to protect women, children and the most vulnerable, all the while helping survivors to stay safe from COVID-19.

IFRC is the world’s largest humanitarian network, comprising 192 National Red Cross and Red Crescent Societies working to save lives and promote dignity around the world.