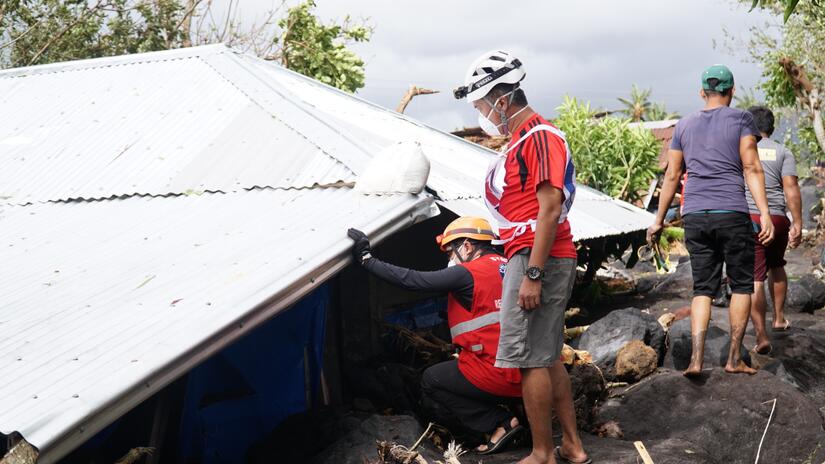 Kuala Lumpur, 16 March 2021 – A new report reveals 12.6 million people have been internally displaced around the world in the last six months mainly due to climate and weather-related disasters, according to data available through the Internal Displacement Monitoring Centre.

The International Federation of Red Cross and Red Crescent Societies (IFRC) report, Responding to Disasters and Displacement in a Changing Climate, comes hot on the heels of a record-breaking 26 climate-related disaster response operations launched across Asia and the Pacific in 2020.

“In just the last six months, there have been 12.6 million people internally displaced around the world and over 80 per cent of these forced displacements have been caused by disasters, most of which are triggered by climate and weather extremes.

“Asia suffers much more than any other region from climate disaster-related displacements. These upheavals are taking a terrible toll on some of the poorest communities already reeling from the economic and social impacts of the COVID-19 pandemic.

COVID-19 has complicated the provision of humanitarian support to displaced communities, with greater space needed when evacuating, along with increased safety protocols. Longer term support is also more complicated for people with shattered livelihoods.

“We are seeing an alarming trend of people displaced by more extreme weather events such as Typhoon Goni, the world’s most ferocious storm last year, that smashed into the Philippines. Three storms hit the Philippines in as many weeks, leaving over 3 million people destitute.

“We need greater action and urgent investment to reduce internal displacement caused by the rising risk of disasters. Investing much more in local organisations and first responders is critical so they have the resources needed to protect lives, homes and their communities.”

The report analyses climate-related displacement as well as a post-earthquake response across eight countries, examining response by National Red Cross and Red Crescent Societies in coordination with governments and other agencies. The research finds that displacement disproportionately affects already marginalised and at-risk groups including women, children, the elderly, people with a disability, migrants and refugees.

When disasters destroy villages and entire neighbourhoods, the report shows that people also face long-term housing, land and property issues. Women and children are also confronted with increased risks of violence due to climate-related displacement.

“Investment in long-term solutions is urgently needed before disasters force more people away from their homes, livelihoods and communities,” said Ms Brunt.

About IFRC
IFRC is the world’s largest humanitarian network, comprising 192 National Red Cross and Red Crescent Societies working to save lives and promote dignity around the world.

Note to editors: The figure of 12.6 million displaced in the past 6 months includes 2.3 million conflict displacements. The remaining 10.3 million are displaced due to disasters triggered by natural hazards, mainly related to climate and weather extremes, but also including a small number of geophysical hazard events, particularly earthquakes. The figures come from analysis of publicly available data provided by the Internal Displacement Monitoring Centre.