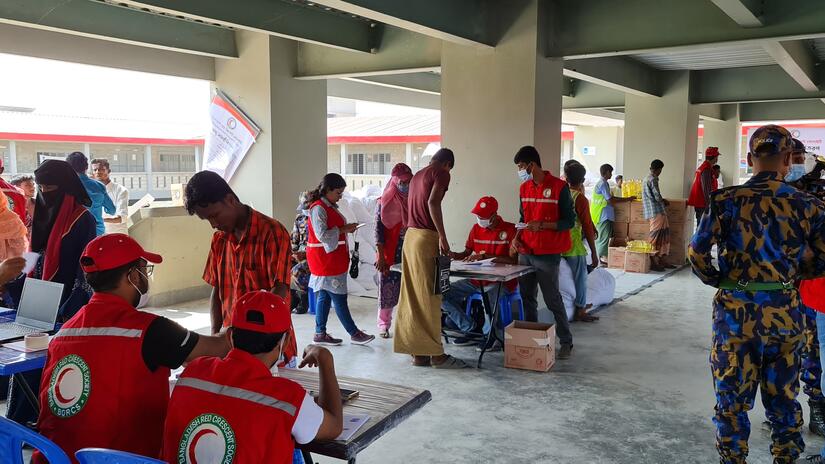 Kuala Lumpur/Dhaka, 29 March 2021 – International support is needed to maintain humanitarian services for more than 13,000 people who have been relocated to Bhasan Char island from Cox’s Bazar.

The visit team found that the Government of Bangladesh has made progress on Bhasan Char in terms of the development of infrastructure. However, it also found urgent investment is needed to ensure that women and children are adequately protected, and that food security, health care and schooling is assured both in the short and longer-term.

Furthermore, while evacuation centres are in place to keep people safe from disasters, there remain concerns that the island could be exposed during the upcoming cyclone season and that systems are further strengthened to manage the potential isolation caused by storms.

“After nearly four years living in precarious camps in cramped conditions, many people are relocating to the island of Bhasan Char and we are providing a range of relief services at this critical time.

“Bangladesh Red Crescent is working with authorities to deliver food packages, hygiene items, sanitation and health services to thousands of people on the island for the coming months.”

The IFRC urges the Government of Bangladesh, humanitarian agencies and international donors to do everything possible to keep people displaced from Rakhine State safe and able to live with dignity, wherever they are located, including on Bhasan Char.

“With the cyclone season fast approaching, people on Bhasan Char could become stranded with a shortage of food when major storms strike, leaving the sea passage impassable, in turn denying the delivery of relief, medicines and other vital supplies.

“Everyone relocating must have access to all of the essentials for a healthy life, including nutritious food, hygiene items such as soap, along with health and medical care. Women and children must be afforded protection from violence and other risks.

“People who are now living on Bhasan Char have been through so many hardships and they deserve opportunities for a fulfilling life, with opportunities to start new livelihoods and access to education and other activities,” Mr Kafley said. 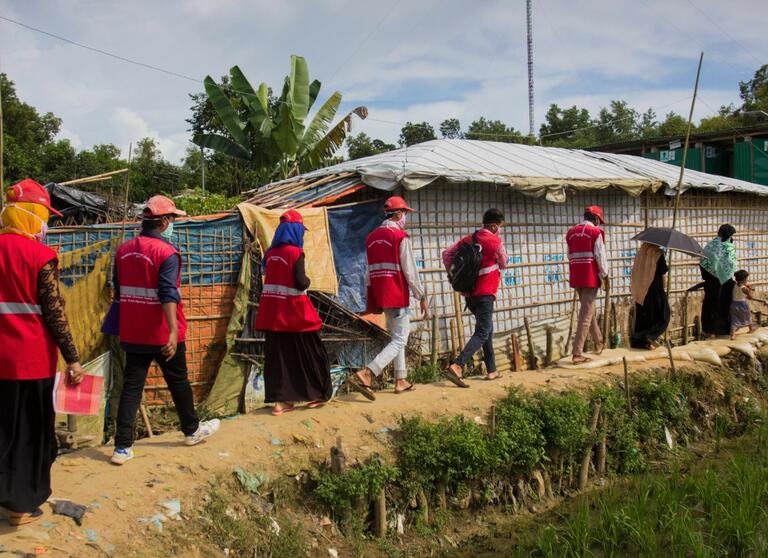 Several years since the mass displacement of people from Rakhine, Myanmar into Bangladesh began, the vast majority of those displaced (an estimated 896,879 people) are completely reliant on humanitarian aid to meet their everyday needs. The IFRC and Bangladesh Red Crescent (BDRCS) have been supporting both displaced people and host communities since the very start of this protracted crisis. Our revised appeal marks a new phase of our support to the BDRCS to help them provide wide-ranging assistance to people in Cox's Bazar and on Bhashan Char island.