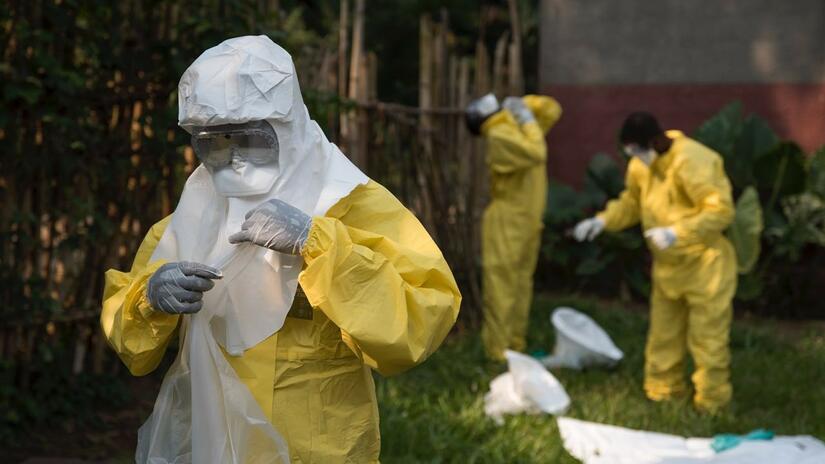 Geneva, 16 May 2019 – The international community must urgently increase its investment in Ebola response efforts in the Democratic Republic of the Congo before the outbreak escalates further, warns the International Federation of Red Cross and Red Crescent Societies (IFRC).

Despite some successes in containing the outbreak, there has been an alarming increase in new cases in recent weeks. Twenty per cent of the 1,671 cases recorded up to 11 May occurred during the last three weeks, according to figures from the DR Congo Ministry of Health. Since the outbreak started in August 2018, more than 1,100 people have died, making this the second deadliest Ebola outbreak in history.

“The Ebola response faces a double jeopardy of insecurity and critical underfunding. The security situation is complex, and will require a range of responses, including continued increased community engagement. However, the funding situation could be fixed. We need more investment now.

“We cannot afford for Ebola to become entrenched in North Kivu and Ituri, nor can we allow it to spread to urban areas where it will be much more difficult to control. And we cannot allow it to cross international borders.”

Red Cross volunteers come from the affected communities and are constantly engaging with them to address fear, suspicion and concerns about outside help as well as the efficacy of the Ebola response.

Their work is often painstaking. But it is successful. For example, in areas where Red Cross community engagement volunteers have been able to work, community requests for safe and dignified burials have sharply increased. More than 5,000 burials have now been requested since the outbreak started. The success rate of the burials has remained consistently high at around 80 per cent.

Safe and dignified burials are important because of the dangers presented by Ebola-infected bodies. For example, during the 2013-16 West Africa outbreak, 60 per cent of all Ebola cases in Guinea were linked to traditional burials. In parts of Sierra Leone, this figure climbed to 80 per cent.

“In DR Congo, we have trained more than 1,500 volunteers to conduct burials in a manner that is safe, dignified and culturally sensitive. They are critical to preventing thousands of infections and saving the lives of friends and families in their communities,” said Capobianco.