Syrian Arab Red Crescent volunteers survey the land after large wildfires in western Syria, in the Governorates of Tartus and Latakia. The local media reports that more than 20,000 families have been affected by the fires and more than 140 villages are partly or fully burnt.

14 June 2022, Geneva, New York—Heat waves are becoming more frequent, longer, hotter and deadlier, especially in urban areas, but the threats they pose are preventable if cities and residents are prepared for extreme heat and take steps to save lives.

The past seven years, from 2015 to 2021, have been the hottest on record and this year is already a punishing one. The life-threatening temperature spikes seen in recent months across India, Pakistan, East Asia and southern Europe and this week’s unusually intense, early-season heat wave gripping parts of the United States are an ominous sign of what is to come as the world gets warmer.

Every year, increasingly scorching temperatures put millions of people at risk of heat-related illnesses and claim the lives of thousands of others. People living in cities are hardest hit because urban areas are warmer than the surrounding countryside and are getting hotter due to climate change. Those most at risk are already vulnerable—the elderly and isolated, infants, pregnant women, those with pre-existing ailments and the urban poor, who often work outdoors or live and work in buildings without air conditioning or adequate ventilation.

But deaths from heat waves are not inevitable. Five billion people live in places that are prone to heat waves and where early warning systems can predict them before they happen.

“Heat waves are the silent killers of climate change, but they don’t have to be,” says Francesco Rocca, President of the International Federation of Red Cross and Red Crescent Societies (IFRC). “Most heat waves are forecast days or weeks in advance, giving ample time to act early and inform and protect the most vulnerable. The good news is that there are simple and low-cost actions authorities can take to prevent unnecessary deaths from heat.”

Ahead of the summer season in many parts of the world, IFRC is launching its first global Heat Action Day, today, 14 June—mobilizing branches and partners in over 50 cities to hold awareness-raising events about ways to reduce severe impacts of extreme heat.

The IFRC is also partnering with C40 Cities to call on city officials, urban planners, and city residents in every region of the world to prepare for more dangerous and deadly heat waves.

“Cities that are used to hot weather need to prepare for even longer periods of sweltering heat and cooler cities need to prepare for levels of extreme heat that they are not accustomed to,” says Mark Watts, Executive Director of C40 Cities. “From Miami to Mumbai and Athens to Abidjan, mayors in our network are increasing green spaces, expanding cool roof programmes and collaborating on heat actions to improve resilience to rising urban heat. But far more work is needed to reduce and manage risks as the climate crisis worsens.”

The C40 Cool Cities Network supports cities to embed heat risk and management in their climate action plans, develop heat resilience studies, and develop, fine-tune and measure impacts of heat mitigation action, including cooling, greening and emergency management. The network has held intensive workshops on urban heat and equity, developed resources to guide heat action plans and, over the past two years, supported cities in managing the compound crises of extreme heat alongside the COVID-19 pandemic, focusing on outreach to vulnerable populations.

Across the globe, National Red Cross and Red Crescent Societies are rising to the extreme heat challenge—supporting and improving local and national heat action plans, spreading messages to the public on heat safety, checking in on the most vulnerable, distributing water, supporting medical services, identifying and setting up cooling centres, and even helping people retrofit their homes to improve shade and reduce heat. They’re also expanding research on heat to parts of Africa, Asia and South America that have been overlooked in the past.

“The climate crisis is driving and intensifying humanitarian crisis in every region of the world,” says Rocca. “But when cities and communities are better prepared, extreme weather doesn’t have to become a disaster or a tragedy.”

Images and Video for use by media outlets:

C40 Cities is a network of nearly 100 mayors of the world’s leading cities who are working to deliver the urgent action needed right now to confront the climate crisis and create a future where everyone, everywhere can thrive. Mayors of C40 cities are committed to using a science-based and people-focused approach to help the world limit global heating to 1.5°C and build healthy, equitable and resilient communities. www.C40.org - Twitter - Instagram - Facebook - LinkedIn 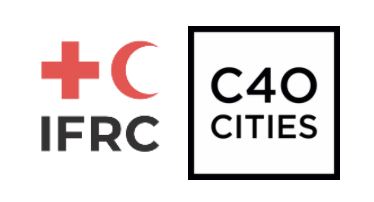 COP27: Now is the time to transform words into action

COP27: Now is the time to transform words into action