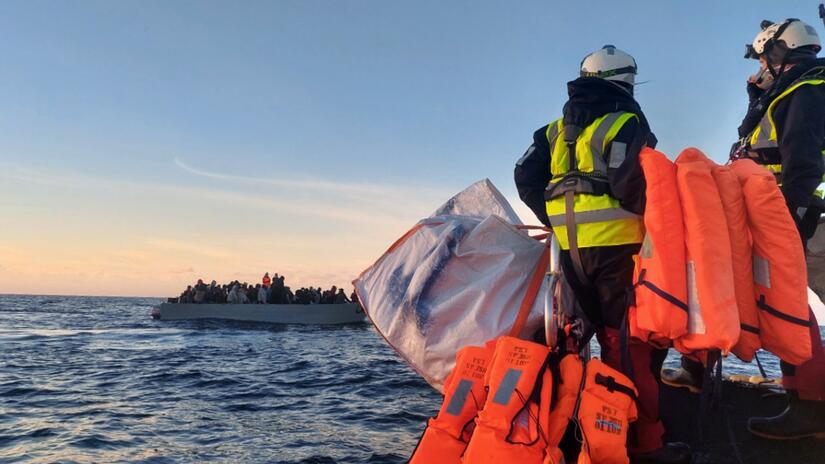 Search and rescue ship Ocean Viking had an extremely intense weekend on 12-13 February 2022, with the crew saving 247 people at sea in less than 36 hours. The ship is operated by European maritime search and rescue organization SOS MEDITERRANEE in partnership with the IFRC

Marseille/Geneva/Budapest, 18 February 2022 – Since Monday, 14 February, the Ocean Viking has been waiting with 247 rescued people on board to be assigned a place of safety. Despite 5 requests to the relevant maritime authorities, the ship has yet to receive instructions on where to disembark those rescued at sea as rough weather has taken a toll on the health of the survivors on board.

The 247 people were rescued from distress at sea in five separate operations in less than 36 hours last weekend and earlier this week by the Ocean Viking, a rescue ship chartered by European search and rescue organisation SOS MEDITERRANEE and operated in partnership with the International Federation of Red Cross and Red Crescent Societies (IFRC).

Michele Angioni, Search and Rescue Coordinator for SOS MEDITERRANEE on the Ocean Viking, says: “We have performed five rescues in less than 36 hours several days ago in the Maltese and Libyan search and rescue regions and received no coordination from maritime authorities, despite numerous emails and calls. After this intense weekend, we went through a storm with waves up to 4 meters and winds up to 30 knots.”

Among the 247 rescued people are 53 unaccompanied minors as well as a 5-month-old baby. Some of the survivors show signs of torture, like 19-year-old Amath* from Senegal, who left for Libya with his brother when he was only 9 years old. Amath told the crew that he left Senegal ten years ago to find work in Libya. There he was jailed ten times, beaten often by guards or police – having scars all over his back. He also said that he was shot in the leg while trying to escape.

“After the rescues and once recovered onboard the Ocean Viking, we treated cases of fuel inhalation, fuel burns and skin infections,” says Johanna Jonsdottir, IFRC nurse.

“Since then, survivors have suffered from seasickness and consequent dehydration, headaches and stomach-ache. We see that the psychological condition of people is worsening because of the standoff. Some survivors have old wounds, such as burns, twisted ankles, gunshots and suffer from back pain after being beaten,” adds Eila Rooseli, IFRC medical doctor.

Many of the rescued people have explained to teams on board that for them, the only way to escape Libya was to attempt the perilous crossing of the central Mediterranean in an unseaworthy dinghy, even though they knew of the risks.

However, according to maritime law, a rescue is only formally completed once the survivors are disembarked in a place where their lives are no longer threatened and their basic needs met. Too often, survivors have to spend extended periods of time on rescue ships before being allowed to disembark.

“The lack of SAR coordination and of a predictable disembarkation mechanism has been putting the lives and health of survivors at risk for several years. This can no longer be the norm. A ship is not a sustainable place for survivors to remain on. We need a Place of Safety for men, women and children to disembark without further delay,” Search and Rescue coordinator Michele Angioni adds.

*Name has been changed to protect the individual's privacy 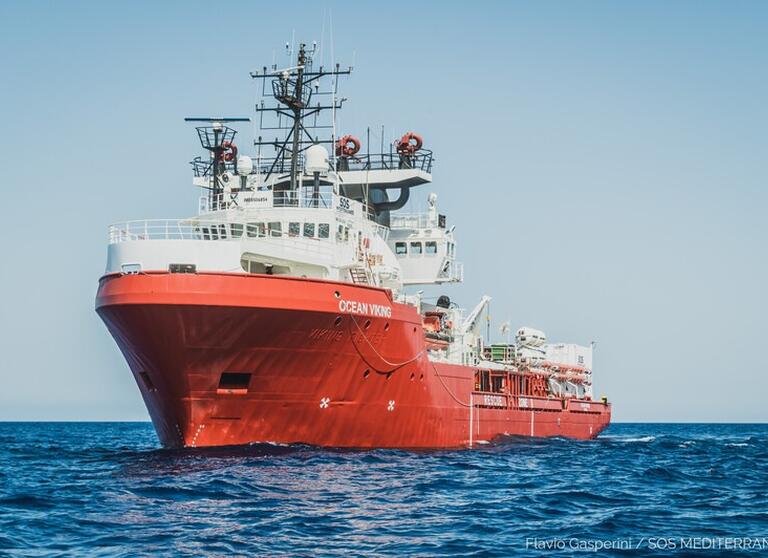