Mexico: violence and attacks against health workers are on the rise in the context of the COVID-19 pandemic 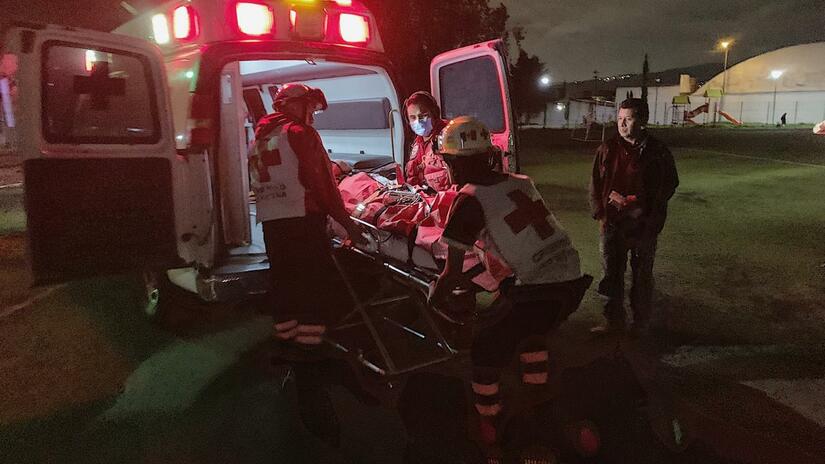 In Mexico, Red Cross paramedics are used to dealing with cases of violence. However, since the beginning of the COVID-19 pandemic, health workers are increasingly faced with personal attacks.

"Sometimes we've had to treat people with gunshot wounds. We have to learn to manage risks in this context because these are very tense situations in which people become very aggressive. I have never had a gun pointed at me, but I have been attacked," said Alejandro, a 21-year-old paramedic from the Huixquilucan branch of the Mexican Red Cross. "The effects of the pandemic have made the job more difficult. People are desperate. The lockdown and the fact that people are becoming infected is creating a lot of unrest", he explains.

A few months ago, Alejandro faced an incident while attending to a patient who was over 60 years of age and had COVID-19. "When we arrived at his home, the person was in a critical state, with severe breathing complications. His symptoms also showed other health problems that had been dragging on for weeks, making his condition worse". Because of the man's condition, Alejandro suggested that his family move him to the nearest hospital. They resisted and began to get upset, wanting him to be taken to a hospital they knew, but which was located much farther away. Finally, they agreed to have him moved to the nearest hospital. Along the way, the patient died, despite all the efforts made by the paramedics to keep him stable. Upon arrival at the hospital, family members became aware of the event and exploded into rage. They attacked Alejandro and another doctor at the hospital, claiming that he died because of them. "Attacks on medical personnel are becoming very common. With the COVID-19 pandemic, the situation is getting worse," explains Alejandro.

Social isolation is another reality that paramedics have to deal with. Many must move away from their families. "We're handling it. However, it's hard not being able to see your loved ones and being away from your friends. The demands of work and isolation damaged my relationship," says Alejandro. The Mexican Red Cross has invested a great deal of effort to provide emotional support to people like Alejandro, who must work directly on the streets and in areas where the virus is ravaging. In addition, the National Society has worked hard to train its staff in safe access and handling of biosecurity protocols. "We are not going to stop, we are going to continue working to help, but we are going to do it in a safer way," he says.

The night begins to fall, and Alejandro goes to the hostel where he is staying as a preventive measure to avoid being in physical contact with his relatives. He has finished his 24-hour shift and now has two days off, which he will use to study. He is pursuing a career in aeronautics and he spends most of his free time studying. "I like to keep busy, I don't like easy stuff," he says. He inherited his vocation as a paramedic from his parents, who have also been involved in the Red Cross and Red Crescent Movement for many years. Faced with the difficult situation, he remains positive. Despite the complications, Alejandro is determined to continue doing his best to cope with the pandemic. "I do my job with love and passion. It is normal to be afraid in the current circumstances, but it is very fulfilling to do what I do. It's great to be able to help people.