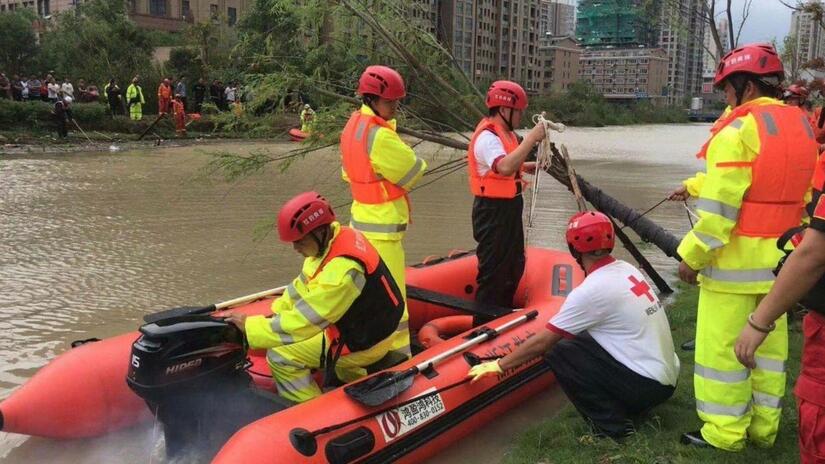 Volunteers and staff from the Red Cross Society of China are supporting communities in the aftermath of Typhoon Lekima, which has now affected more than 6.51 million people in the provinces of Zhejiang, Shanghai, Jiangsu, Anhui, Shandong and Fujian.

The typhoon brought torrential rain and heavy winds that knocked out electricity, caused flooding and landslides. As of 11 August, more than 1.45 million people were relocated to safer areas, 3,500 houses have collapsed, and a further 35,000 have been damaged. Some 265,500 hectares of crops have been affected by the disaster.

Before Lekima hit, the Red Cross went door-to-door passing on official warnings to help people stay safe. More than 1,100 volunteers were deployed to help deliver thousands of raincoats, bedding and other emergency supplies to people in need.