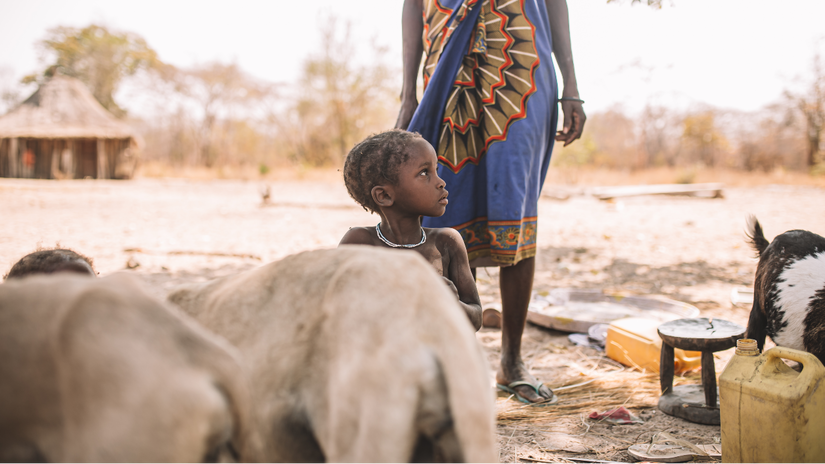 A mother and child from Huila province, Angola, rest in the shade with their remaining livestock. Angola is facing its worst recorded drought in 40 years, leading to poor harvests, depleted reserves, loss of livestock and rising food prices.

Geneva, 13 September 2022 (ICRC/IFRC) – The warning lights are flashing on high: armed conflict, climate-related emergencies, economic hardship and political obstacles are leading to a growing wave of hunger in countries around the world. The misery for millions will deepen without immediate urgent action.

Systems-level improvements must be made to escape a cycle of recurrent crises, including investments in climate-smart food production in conflict-affected areas, and reliable mechanisms to support hard-to-reach communities hit by food shortages and skyrocketing prices, the International Federation of Red Cross and Red Crescent Societies (IFRC) and the International Committee of the Red Cross (ICRC) said ahead of the upcoming United Nations General Assembly.

The international armed conflict in Ukraine has greatly disrupted global food supply systems as well as future harvests in many countries due to the impact it’s having on the availability of fertilizer. The importance of more shipments by the Black Sea grain initiative reaching vulnerable populations in East Africa cannot be overstated. Too few grain shipments are getting to where they are needed.

As hunger emergencies hit the headlines, the risk of crisis fatigue is high. Yet what’s uniquely frightening about this moment is the breadth and depth of the needs. More than 140 million people face acute food insecurity due to conflict and instability, even as climate change and economic precarity indicate that hunger needs will rise in the coming months.

Political will and resources are needed now. Without them, many lives will be lost, and the suffering will endure for years. An emergency response alone will not end these hunger crises. Concerted action and long-term approaches are the only way to break the cycle.

While addressing urgent needs, it is essential to set the foundation for resilience. More efforts must be made — by governments, private sectors, and humanitarian and development groups — to support long-term food security, livelihoods, and resilience plans.

Measures must include investments in strengthening grassroots food systems and community actors to sustainably achieve food and economic security. One of the approaches to consider is anticipatory action for food security, based on forecasts and risk analysis.

“Two dozen countries across Africa are grappling with the worst food crisis in decades. Some 22 million people in the Horn of Africa are in the clutches of starvation due to such compounding crises as drought, flooding, COVID-19’s economic effects, conflict – even desert locusts. Behind the staggeringly high numbers are real people – men, women and children battling death-level hunger every day. The situation is expected to deteriorate into 2023. However, with swift action, many lives can be saved. We need urgent and massive action to scale up life-saving assistance to millions of people in dire need of aid, but also to decisively address the root causes of this crisis through longer term commitments.”

The IFRC and its membership—which consists of Red Cross and Red Crescent teams in nearly every corner of the globe—are delivering aid in hard-to-reach communities. Assistance includes getting cash into the hands of families to meet food, health and other urgent needs. In Nigeria, Red Cross volunteers focus on pregnant and breastfeeding mothers, whose nutrition is paramount for healthy births and childhoods. In Madagascar, volunteers restore land and water sources through anti-erosion activities, the construction of water points, and a focus on irrigation in addition to traditional ways to fight hunger, like nutrition monitoring.

“Conflict is a huge driver of hunger. We see violence preventing farmers from planting and harvesting. We see sanctions and blockades preventing food delivery to the most vulnerable. My wish is that we build resiliency into the fabric of humanitarian response, so that communities suffer less when violence and climate change upend lives. A cycle of band-aid solutions will not be enough in coming years.”

The ICRC this year has helped nearly 1 million people in south and central Somalia buy a month’s worth of food by distributing cash to more than 150,000 households. A similar programme in Nigeria helped 675,000 people, while more than a quarter million people received climate smart agriculture inputs to restore crop production. The ICRC works to strengthen resilience through seeds, tools and livestock care so that residents can better absorb recurrent shocks. And its medical professionals are running stabilization centres in places like Somalia, where kids are getting specialized nutrition care.

Communities around the world are suffering deep hardship. A short snapshot of some of the regions in need includes:

In Sub-Saharan Africa: One in three children under the age of five is stunted by chronic undernutrition, while two out of five women of childbearing age are anaemic because of poor diets. The majority of people in sub-Saharan Africa live on less than $1.90 a day.

In Afghanistan: The combination of three decades of armed conflict and an economic crash resulting in few job opportunities and a massive banking crisis are having a devastating effect on Afghan families’ ability to buy food. More than half the country – 24 million – need assistance. The International Red Cross Red Crescent Movement welcomes any measure aimed at easing the effect of economic sanctions. But given the depth of the humanitarian crisis, long-term solutions are also needed, including the resumption of projects and investments by states and development agencies in key infrastructure.

In Pakistan: The recent flooding has led to an estimated $12 billion in losses. Food security in the country was alarming before this latest catastrophe, with 43 percent of the population food insecure. Now the number of acutely hungry people is expected to rise substantially. Some 78,000 square kilometers (21 million acres) of crops are under water. An estimated 65 percent of the country’s food basket – crops like rice and wheat– have been destroyed, with over 733,000 livestock reportedly killed. The floods will also negatively affect food delivery into neighboring Afghanistan.

In Somalia: We have seen a five-fold increase in the number of malnourished children needing care. Last month the Bay Regional Hospital in Baidoa admitted 466 children, up from 82 in August 2021. Children admitted here die without the specialized nutritional care they receive.

In Syria: Food insecurity rates have risen more than 50 percent since 2019. Today, two-thirds of Syria’s population –12.4 million out of 18 million – can’t meet their daily food needs. The compounding effects of more than a decade of conflict, including the consequences of sanctions, have crippled people’s buying power. Food prices have risen five-fold in the last two years.

In Yemen: Most Yemenis survive on one meal a day. Last year 53 percent of Yemen’s population were food insecure. This year it’s 63 percent – or some 19 million people. Aid actors have been forced to cut food assistance due to a lack of funds. Some 5 million people will now receive less than 50 percent of their daily nutritional requirement because of it. 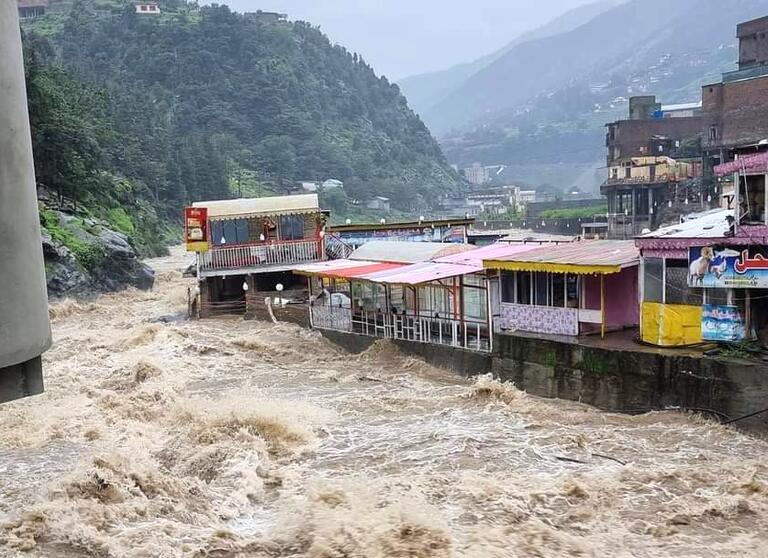 Pakistan is experiencing abnormal monsoon rainfall nearly three times higher than the past 30-year average, causing uncontrollable flash floods and landslides across the country—affecting more than 33 million people. More than 1,000 people have died due to the flooding since mid-June, including more than 300 children. There are fears these numbers will continue to rise in the coming weeks. Through this Emergency Appeal, the IFRC is supporting the Pakistan Red Crescent Society to urgently scale up its immediate humanitarian assistance to people affected—and to support people in the longer term to rebuild their lives and livelihoods. 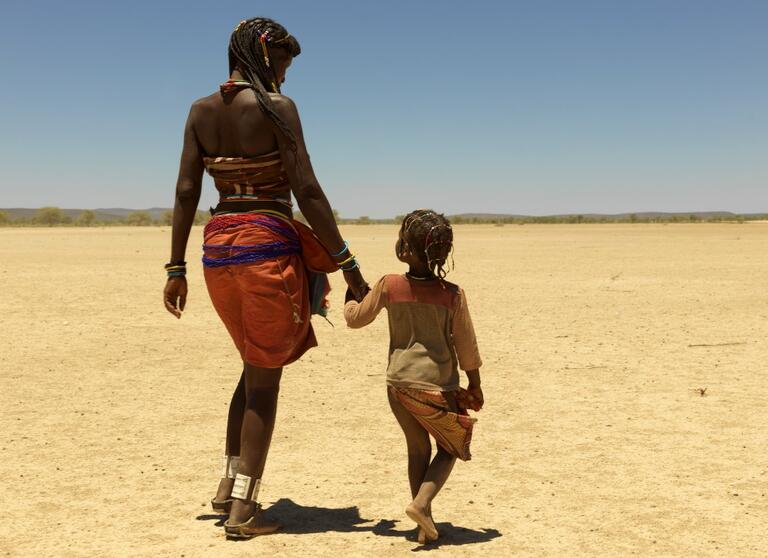 In Niger, more than four million people are facing the devastating effects of food insecurity caused by several failed rainy seasons and decades of increasing desertification of the Sahel region. People are struggling to access food and are exposed to many other threats, including climate-related disasters, epidemics and insecurity⁠—all of which are leading to population movement and increased competition for resources. Through this Emergency Appeal, the IFRC is supporting the Niger Red Cross to save the lives and protect the livelihoods of the most food-insecure people through cash assistance, support to farmers, and nutrition. 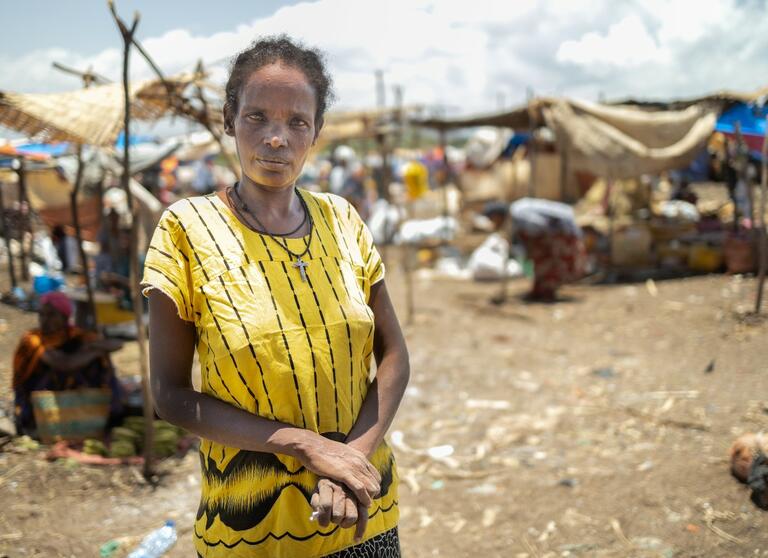 Across the Horn of Africa (Ethiopia, Kenya and Somalia), millions of households are facing the effects of multiple concurrent shocks, including food insecurity due to drought. This emergency appeal will enable the IFRC to assistthe Ethiopian Red Cross Society (ERCS) in responding to this climate-induced hunger crisis. Money raised will help save lives, protect people's livelihoods, and promote the early recovery of the most food-insecure people. 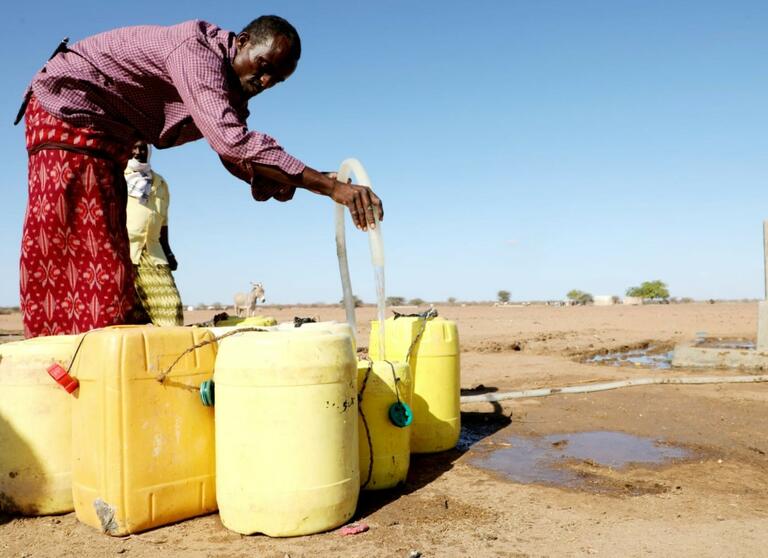 An estimated 3.1 million people in the Arid and Semi-Arid Lands (ASAL) of Kenya are severely food insecure following three consecutive poor rainy seasons that have hampered crop production. This appeal enables the IFRC to support the Kenya Red Cross Society to deliver humanitarian assistance to 500,000 people over 18 months to address the current drought crisis.