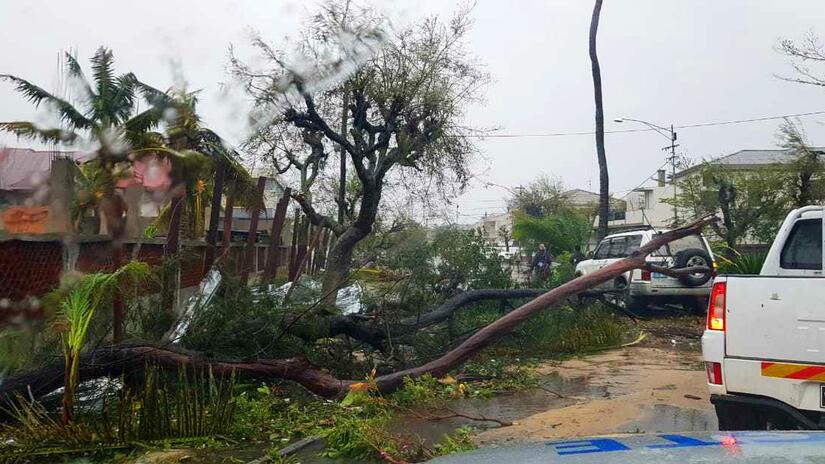 Maputo/Nairobi/Geneva, 16 March 2019 – First reports from the central Mozambican city of Beira suggest that Tropical Cyclone Idai destroyed and damaged homes and knocked out electricity and communications. However, the full impact of the storm is still emerging.

A team of International Federation of Red Cross and Red Crescent Societies (IFRC) aid workers is making its way to the city to assess damage and help establish a response operation. With flights to Beira not operating, the team is making the journey by road.

Jamie LeSueur, Head of Emergency Operations for IFRC, is leading the team. He said:

“The extent of the destruction remains unclear, but first-hand information provided by our local colleagues indicate that many parts of Beira have been seriously damaged. Houses have been destroyed, trees and electric poles have fallen. Electricity and communications have been cut.”

Beira is Mozambique’s fourth largest city and is home to about 500,000 people. Information on the number of casualties, injuries or people made homeless is not yet available. Earlier estimates by the UN put over 600,000 people are at risk of exposure to the tropical cyclone winds categorized at causing wide-spread damage or even worse.

While the situation in Mozambique is still unclear, reports from neighbouring Zimbabwe suggest that at least 24 people were killed and about 40 others are missing as a result of the storm. Zimbabwe Red Cross Society has deployed its volunteers to support affected communities in both Chipinge and Chimanimani.

This cyclone follows a week of heavy rains and flooding across southeast Africa that has already killed at least 126 people in Malawi, Mozambique, and South Africa. More than a million people have been affected in all.

In Mozambique, the floods have already affected 117,000 people with more than 17,000 displaced. In neighbouring Malawi, nearly one million people have been affected including more than 80,000 who are without shelter. Both countries are prone to extreme weather events.

Earlier this week, IFRC released more than 340,000 Swiss francs from its Disaster Relief Emergency Fund to support local Red Cross early warning and early action, and to prepare to support 7,500 people in the aftermath of the storm.