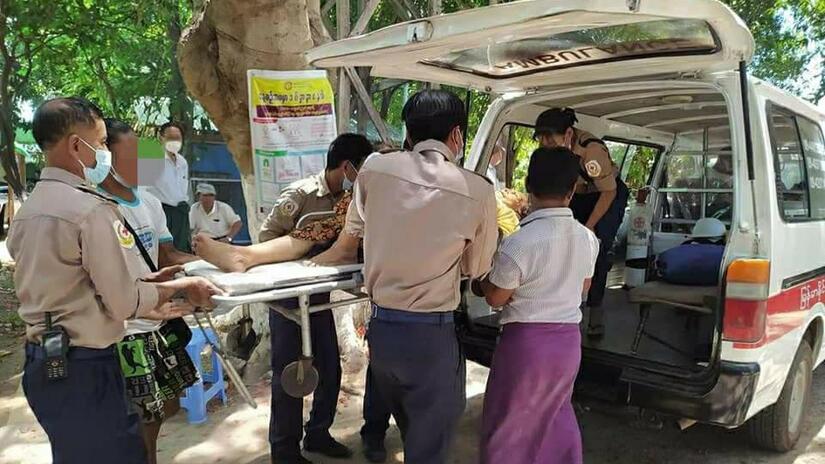 Kuala Lumpur/Yangon/Geneva, 8 June 2021 – The Myanmar Red Cross supported by the International Federation of Red Cross and Red Crescent Societies (IFRC) is scaling up emergency support as hundreds of thousands of people in Myanmar need immediate assistance and access to health services.

The Red Cross is urgently ramping up efforts to meet the rising humanitarian needs of 236,000 people across Myanmar.

“Covid-19 has caused immense economic hardship across Myanmar in the past year. The current crisis has led to further social and economic upheaval. Many people are struggling to earn an income and have very limited access to basic services such as healthcare.

“We are preparing to provide assistance to people who face worsening poverty, including immediate food relief, and cash assistance that enable people to buy produce locally, in turn stimulating local economies.”

Since February 1, over 2,000 trained Myanmar Red Cross first aid volunteers have played a critical role on the frontlines of the current crisis, providing lifesaving first aid, healthcare and ambulance services, in line with their fundamental humanitarian principles of independence, neutrality and impartiality, to individuals injured and/or ill including pregnant women for safe delivery of babies. Until now, more than 3,000 people have already received these services.

In the coming months, the Myanmar Red Cross will scale up its first aid and basic healthcare services and will also address rising food insecurity and poverty among families, including longer term support to re-establish people’s fractured livelihoods.

“With a steady increase in humanitarian needs we are preparing for what could become a protracted crisis. This means scaling up both immediate and longer-term support while also factoring in the limited COVID-19 prevention efforts in the country.”

“As the deadliest COVID-19 surges worsen across Asia, every effort needs to be made to contain the virus as the monsoon season looms large, with cyclones and floods adding another layer of hardship for hundreds of thousands of people in the coastal regions.”

Four of the five most vulnerable regions in the upcoming monsoon season - Ayeyarwady, Bago, Tanintharyi and Mon – have also been impacted by the current civil unrest. Between 2000 and 2019, Myanmar was one of the top three countries, most affected by the impacts of extreme weather events.

In preparation for the monsoon season, the Red Cross is pre-positioning stocks of key relief items including shelter equipment for people displaced due to disasters and emergency response equipment such as water purification units. 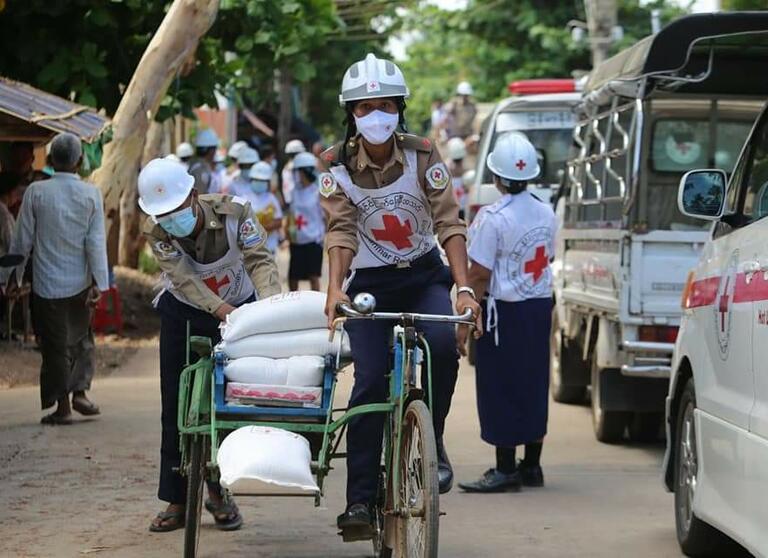 Humanitarian needs in Myanmar have continued to escalate due to a third wave of COVID-19 in 2021 and to ongoing political unrest since Myanmar’s military intervention in February 2021. Through this Emergency Appeal, revised in April 2022, the IFRC continues to support the Myanmar Red Cross to provide essential humanitarian assistance to the most vulnerable people across 14 states and regions. Support includes emergency first aid and ambulance services, basic health care, livelihoods support, and in-kind assistance to address basic needs.