Repatriation of child from al-Hol camp in Syria 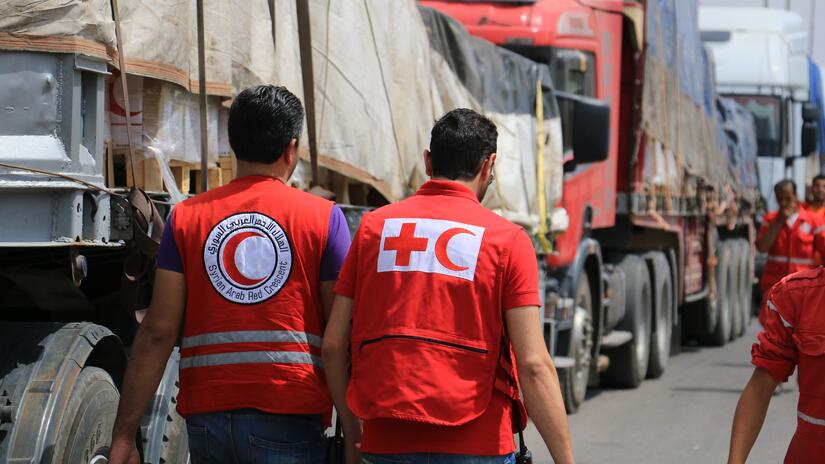 The young boy had been living in al-Hol camp in northern Syria. He was taken to Syria by his mother in 2014. His mother was later killed during fighting.

Francesco Rocca, IFRC President, accompanied the child from Syria to Lebanon this morning. He said:

“I would like to thank all those involved in securing the safe return from al-Hol camp of this boy to his family in Italy. In particular, I want to thank the Syrian Arab Red Crescent, and its President Khaled Hboubati, for the huge efforts that have been made to facilitate this repatriation, and for the tremendous dedication that it has shown and continues to show in its response to the ongoing humanitarian crisis in Syria.”

According to authorities, more than 100,000 people are living in camps in northern Syria, including 68,000 in al-Hol camp alone. This includes an estimated 28,000 children from more than 60 different countries. Rocca continued:

“This news is positive, but it is barely a drop of relief in an ocean of suffering. We call on the national governments of the foreigners in the camp and all concerned parties to take action in a manner that alleviates the suffering of a very vulnerable group of people. Ideally this approach would allow individuals to be assessed on a case-by-case basis.

“We appreciate that this situation is complex. There are legitimate concerns that have been raised by governments. But those concerns must be balanced with the need to treat people humanely. Today’s news demonstrates that, with political will, a solution is possible,” said Rocca.

“We recognize the importance of our duty to restore family links. We spare no efforts to meet this responsibility today and in the future, in parallel to the other humanitarian responsibilities we shoulder. Our goal is to alleviate the suffering of the most vulnerable people in Syria, working hand-in-hand with our partners.”

“I appreciate that there is a lot of interest in this story. But now that he is safe, let’s leave this boy and his family alone to heal.”

Italian Red Cross will continue to support the family, including with psychosocial support.

IFRC is the world’s largest humanitarian network, comprising 190 National Red Cross and Red Crescent Societies working to save lives and promote dignity around the world.