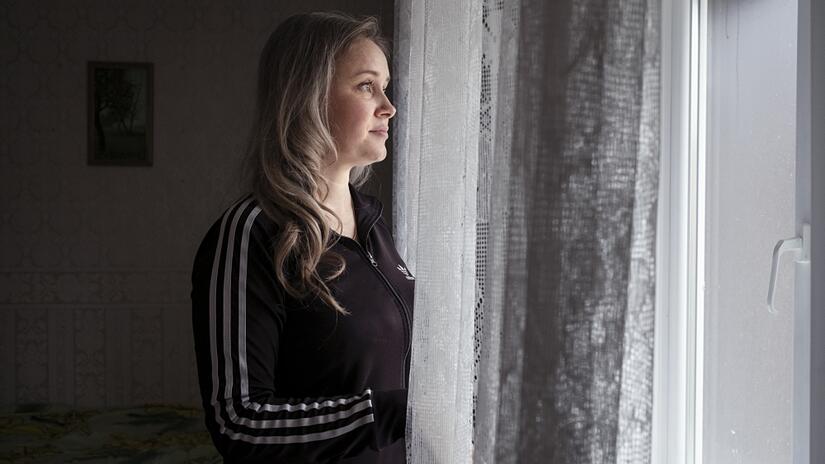 Yelets, Lipetsk region, Russia, November 2020Tatiana is a mother of three who was forced to leave her hometown of Mariupol in Ukraine due to hostilities in 2015. When the conflict began, we no longer

The stories of three families and how they’ve created new lives after fleeing Ukraine for Russia with support from an EU-funded programme.

Tatiana is a mother of three who was forced to leave her hometown of Mariupol in Ukraine due to hostilities in 2015. “When the conflict began, we no longer had the strength to endure these horrors, we were afraid for the safety of our family and we decided to leave,” she says.

Arriving in Yelets, Russia, Tatiana turned to the Russian Red Cross for support: all family members were given several vouchers to buy groceries and other necessities, as well as free healthcare policies. “We have passed the circle of hell. We had nothing to sleep on: there were no pillows and bed linen, thanks to the Red Cross we acquired these necessary things. And thanks to healthcare policies, we were able to get free medical care, which we could not afford."

Fellow Ukrainian Elena fled Horlivka, Donetsk region, in 2014. Since then, the family faced many difficulties on their way: they couldn’t find legal work due to lack of citizenship and couldn’t afford decent housing. “There was a time when we had to live with 10 people in one room. Work was also difficult to find due to a lack of citizenship. And because of the pandemic, there are even fewer opportunities to work,” shares Elena.

The Red Cross supported Elena’s family by issuing food vouchers and health insurance, as well as providing psychosocial support. “The help was very significant. It allowed us to save money and buy furniture, take care of the paperwork – otherwise we would not be able to afford it,” she shares.

Christina with her son Nikita at the Red Cross office in Volgograd, Russia. Photo: Arthur Bondar for IFRC, 2020[/caption]

Christina together with her husband and a small son had to leave her hometown of Luhansk in 2014 and settled in Volgograd. In an attempt to overcome stress and find the strength to move on, Christina contacted the Russian Red Cross for psychological support. “Red Cross helped me a lot. I had a chance to speak about my worries and issues. And my son, a child with special needs, receives psychosocial support as well: he can always come here, draw, and talk to the Red Cross staff.”

Christina's family also received vouchers to buy food, legal assistance and free health insurance for Nikita through the programme. “When I come here, I feel like it’s home. People who work for the Red Cross are very kind and helpful. I am very glad that they are here for us and help so many people!”

Since 2014, over 1.1 million people from Ukraine have moved to Russia. The regions of Belgorod, Lipetsk, Voronezh and Volgograd are among those hosting the largest numbers of displaced people.

Since May 2017, the IFRC and the Russian Red Cross Society have provided humanitarian assistance to more than 10,000 displaced people from Ukraine. The project focuses on helping displaced people who have not yet received asylum status or whose status is non-regulated in Russia, which limits their access to basic health services and social benefits. Funding has been provided by the EU’s Directorate-General of European Civil Protection and Humanitarian Aid Operations (DG ECHO) totalling 300,000 Euro between October 2020 and December 2021.

Disclaimer: This document covers humanitarian aid activities implemented with the financial assistance of the European Union. The views expressed herein should not be taken, in any way, to reflect the official opinion of the European Union, and the European Commission is not responsible for any use that may be made of the information it contains.