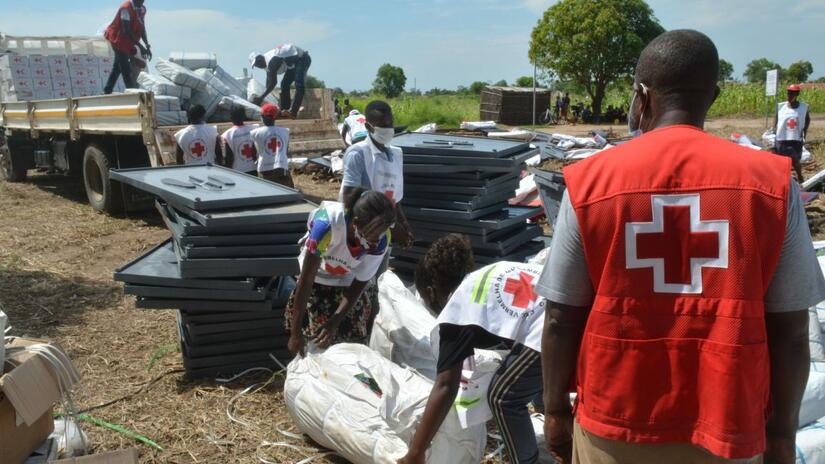 “I would like to thank the Red Cross for giving me and my neighbours these materials. We were suffering at the camp; there wasn’t enough space. With this donation, we will be able to construct our house and live a normal life again,” said Amelia Lewanhe, one of the families that received shelter materials.

Over 300,000 people have been affected by Eloise that made landfall on 23 January. Thousands were forced from their homes and have been living in temporary accommodation shelters. More than 117,000 hectares of crops were destroyed by torrential downpours and floods. The most affected districts are Nhamatanda, Buzi, Beira and Dondo.

Mozambique is prone to cyclones and tropical storms which can lead to flash flooding, hundreds of deaths, and massive destruction of property and crops. Eloise struck areas that have been devastated by previous cyclones, including Cyclone Idai. In addition, this is the third time for Mozambique to be hit by a storm this season: Tropical Storm Chalane hit the country in December 2020 and in February 2021 by Cyclone Gaumbe.

Speaking on Saturday during the ceremony of handing over shelter materials to 122 families, Mr. Giro Jose Custodio—the Provincial Secretary of Sofala Mozambique Red Cross Society (CVM)—said that CVM is committed to supporting the people affected by Eloise to start a new life.

“We are aware of their problems from the evacuation period to this time. We are mobilizing resources to assist the remaining people in other accommodation centers. Our aim is to get all the affected people out of the accommodation centres,” said Custodio.

CVM, with financial and technical support from the International Federation of Red Cross and Red Crescent Societies (IFRC) distributed shelter tool kits, kitchen sets, blankets, sleeping mats, bamboo poles, tarpaulins, ropes, and face masks for COVID-19 prevention, among others. With this distribution, the John Segredo accommodation centre has seen over 610 people moving out of the centre creating space for the remaining communities.

The Red Cross has been at the forefront of the response including through anticipation and early action that saved lives. Ahead of the landfall, Mozambique Red Cross Society (CVM) staff and volunteers shared early warning messages to communities in the path of the cyclone to minimize the impact. As a result, many families were moved to safer areas, where they are receiving support from our teams.

The road to recovery is long and the IFRC is appealing for 5.1 million Swiss francs to support the (Mozambique Red Cross Society (CVM) continue to deliver assistance and support early recovery of 100,000 people affected by Cyclone Eloise for 12 months. The appeal focuses on shelter and essential household items (EHI), livelihoods and basic needs, health, water, sanitation and hygiene (WASH), protection, gender and inclusion (PGI) and disaster risk reduction (DRR). 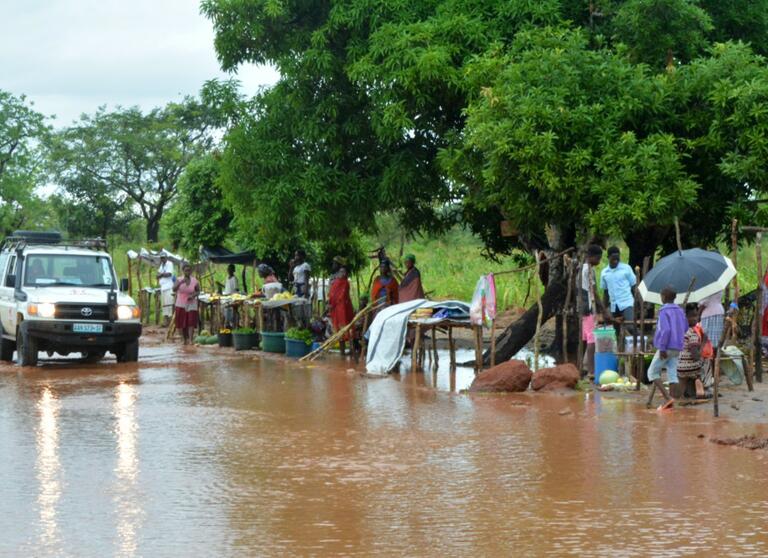 Tropical Cyclone Eloise hit Mozambique on 23 January 2021, bringing devastating winds and extreme rainfall in Beira and surrounding districts. The cyclone caused severe flooding which claimed ten lives and caused massive damage. This Emergency Appeal has now been revised toinclude the impact of Tropical Storm Ana which made landfall on 24 January 2022 anddestroyed thousands of homes as well as dozens of schools and hospitals. An estimated 125,000 people have been affected, with many people already highly vulnerable from Eloise and other disasters in recent years.