The Empress Shôken Fund, run jointly by the IFRC and the International Committee of the Red Cross (ICRC), provides small annual grants to support the peacetime activities of Red Cross and Red Crescent Societies. Funds are consistent, predictable and prioritized for innovation and learning.

The Fund has a total value of more than 17 million Swiss francs and supports projects run by National Red Cross and Red Crescent Societies to benefit their communities in various ways.

The Fund encourages National Societies to explore new and innovative approaches to humanitarian and development issues—generating learning that will benefit the International Red Cross and Red Crescent Movement as a whole.

Click here to learn about the projects selected for Empress Shôken Fund support in 2022.

Discover the innovative and exciting projects selected for support in 2022 and previous years.

Grant recipients are announced every year on 11 April, the anniversary of the death of Her Majesty Empress Shôken. You can find details about the projects selected for support in recent years in the following articles:

How can National Societies apply?

Information for Red Cross and Red Crescent Societies who wish to apply for funding.

The Empress Shôken Fund is open to National Societies on an annual basis. We launch a call for applications during the last quarter of each year with a submission deadline of December 31.

Applications should in principle relate to National Societies’ development priorities in the following main categories, with an emphasis on innovation and learning:

We give preference to applications from National Societies in developing countries that have least benefited from the Fund in the past.

Grants are currently capped at 30,000 Swiss francs and projects are required to be completed and reported on within one year.

The full application pack is made available every year on Fednet here in English, French, Spanish and Arabic. If you have any questions about the Fund, please contact [email protected]

History of the Fund

Learn about how the Fund was set up and how it has evolved in the past 100 years.

1850: The Empress Shôken is born. She was the youngest of three daughters of Tadaka Ichijo, a nobleman at the imperial court of Japan who later bore the title of prince. She was first named Fukhi-himée, then Sue-himéa, and during her husband’s reign, she was called Haruko. She was the first imperial consort to receive the titles of nyōgō and kōgō (literally, the emperor’s wife, translated as ‘empress consort’), in several hundred years.

1887: The Japanese Red Cross Society (previously the Philanthropic Society) was officially recognized by the International Committee of the Red Cross (ICRC). This was also the year in which the Society began its first disaster relief operations during an eruption of the volcano at Mount Bandai.

1868-1912: Throughout the turbulent Meiji period, the Empress was perceived as an “outstanding woman in action and a determined character” who was responsible for initiating a reform of the imperial court. One of her main concerns was women’s education, which led her to support a teacher training college for women.

1912: The Empress Shôken Fund was established with a donation of 100,000 Japanese gold yen to support peacetime activities by the Red Cross. In 1934, a second gift from Empress Kojun and Dowager Empress Teimei increased the fund to 200,000 yen. The fund was further increased by a gift of 3.6 million yen from the Empress of Japan on the occasion of the Red Cross centenary in 1963. Over the years, the Japanese imperial family has made further generous contributions.

1921: The International Conference of the Red Cross of 1921 formally adopted the regulations of the Empress Shôken Fund. As the newly created League of Red Cross Societies was not yet officially part of the Movement, the ICRC was responsible for administering the fund. At a time when the International Red Cross and Red Crescent Movement had largely shifted its activities from war to peace, the ICRC – with its mandate for operating in armed conflicts – had the additional instrument of the Empress Shôken Fund to support its own activities and influence the peacetime activities of National Societies. The first allocation was made in 1921 just after the First World War to five European National Societies in support of the fight against tuberculosis.

1932: By the time the League of Red Cross Societies was taking a role in the administration of the Empress Shôken Fund, the world was heading towards a new world war. National Societies found themselves, yet again, having to start preparations in peacetime for war-related relief work.

1939-1945: Throughout the Second World War, grants for peacetime activities were distributed to National Societies which were clearly prioritizing assistance to war victims. Moreover, allocations to National Societies of warring or occupied countries showed the problems of attempting to carry out peace-related activities in the midst of a global war. The Joint Commission started to professionalize the administration of the Empress Shôken Fund and also gradually shifted its focus to award allocations to non-European countries.

1950-1965: It soon became clear that the world’s most vulnerable people were in developing countries, which were often rife with internal conflict. As a result, the growing number of newly created National Societies in the developing world became the focus of the Empress Shôken Fund.

1965-1985: In the absence of a coherent development policy, the Empress Shôken Fund made a significant number of grant allocations for vehicles, many of which were an integral part of wider National Society programmes.

1989: By this point, the Empress Shôken Fund had been allocating funds to developing countries for decades, mainly in Africa. In November 1989, the Berlin wall came down, economies collapsed, and ethnic and nationalist tensions led to conflicts in central and eastern Europe. National Societies were adapting to a post-communist world and many countries made a painful transition from a planned economy to a free-market economy.

1990-2000: The Strategic workplan for the Nineties, approved in 1989, and the Framework for Development Cooperation provided the League and the Empress Shôken Fund with a framework that allowed them, for the first time, to allocate funding to develop National Societies as organizations, rather than just fund their projects.

2000-present: The revised regulations for the Empress Shôken Fund were approved by the International Conference of the Red Cross and Red Crescent and the Council of Delegates.

The Joint Commission – with its members drawn from the ICRC and the IFRC – is responsible for administering the fund and distributing its revenue. Within the limits of the regulations, the Joint Commission has significant flexibility in how it applies the grant allocations policy. 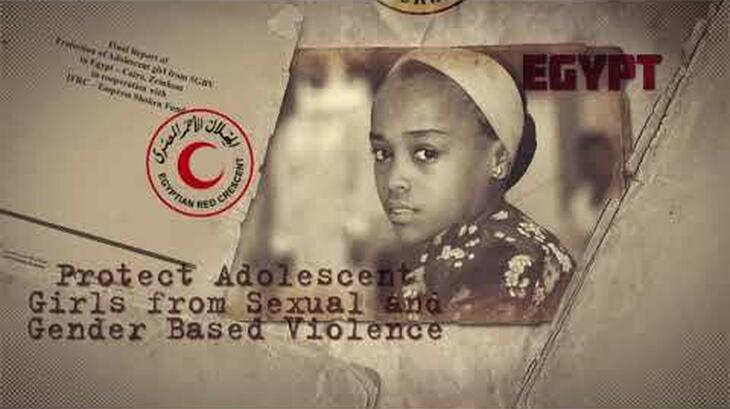 Case studies from the Solferino Academy

The Solferino Academy aims to challenge and inspire the way people across our Movement work, think, act and connect. Read case studies about projects supported by the Empress Shôken Fund on its website.