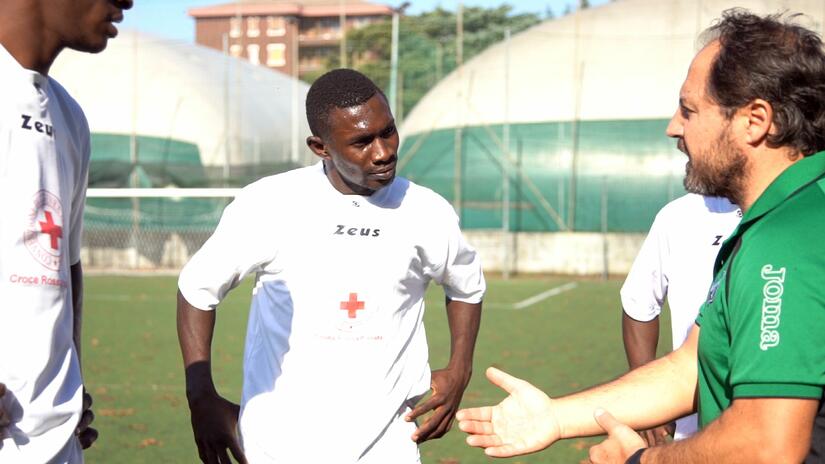 Capitalising on the global popularity of football, the Italian Red Cross are using the sport as a vehicle to support the integration of asylum seekers and refugees.

Founding a team as part of the AVAIL project, the scheme has seen a squad of 25 asylum seekers hosted at the Bresso reception centre, training together and entering tournaments and leagues alongside local teams in their host community.

“Football is so popular here in Italy, and in many of the countries refugees are coming from, so it was a natural fit when we were looking for activities that could bring refugees and people from host communities together,” said Monica D’Alò, AVAIL project manager with the Italian Red Cross.

Alongside organising and equipping the team, an information campaign has also been rolled out to raise awareness about the squad and their goal of building relationships between refugee and host communities.

The team has also joined up with local footballers with learning difficulties, joining a recent tournament together and forming mixed teams so everyone could play, creating a positive narrative around diversity and promoting mutual respect.

“So far the team is going really well, everyone’s enjoying playing, local teams have been really welcoming, and we have more games and tournaments planned for next year,” added D’Alò.